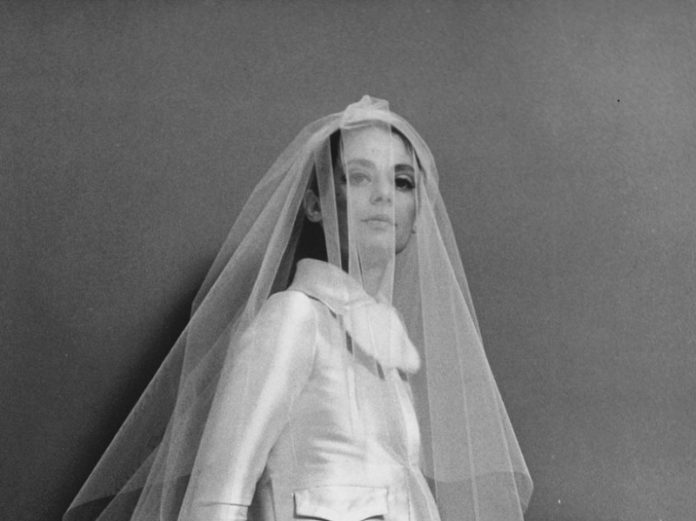 We remember fashion of the 1960s as space age, with high hemlines and futuristic materials predominating in both mainstream and bridal garments. Yet some of the most influential designs of the decade drew inspiration from history. Jean Patou’s maxi coat of 1967 is an iconic example and has been singled out by fashion curator and author Eleanor Thompson as one of 50 key influencers or “flash points” of modern bridal couture.

The design was deceptively simple at first glance, but the construction and details set it apart. Made in pure white silk zibeline, a heavy silk with twill weave, it had the addition of delicate mink trim to hem, collar and cuffs. Despite the weight of the fabric, the overall look was flowing high glamour – conjuring a winter wonderland bride, alluring and mysterious under her sculptural long coat.

“The overall look was flowing, capturing a winter wonderland flavour sparked by Hollywood”

As Eleanor Thompson notes, Patou had tapped into a new mood sparked, at least in part, by the fashionable bride’s interest in Hollywood treatments of romance. In particular, Dr Zhivago (1965) reawakened interest in period fashions, while Camelot (1967) recreated the Arthurian court (using artistic licence in costumes and setting). Both these blockbusters told epic love stories, with the drama played out against dramatic and snowy landscapes. Their British-born stars – Julie Christie and Vanessa Redgrave respectively – were already fashion icons and wore exquisite garments. Both films picked up Oscars for costume design.

These two films are credited with also reviving fashion interest in fur trimmings, hoods, muffs and military-style frog fastenings. The transition from Hollywood to haute couture continued on into pop culture – in 1969 Lulu chose to wear a memorable hooded and mink-trimmed outfit for her marriage to Maurice Gibb.

In contrast to the many versions of this winter wonderland look that followed, Patou’s prototype is, as Eleanor Thompson puts it, “a masterclass in understated elegance”. With a slim fitting front, concealed fastenings and neat flapped pockets, it incorporates a train at the back of the coat, falling in elegant folds from the shoulder. A fine example of haute couture craft, it remains an iconic design, both for its construction and for setting a new romantic tone in bridalwear.

Jean Patou founded his couture house in 1919 and was a key influence on 1920s fashion trends, credited with introducing sportswear into mainstream fashion. From the 1950s to its closure in 1987, the couture house was associated with other stellar names, including Mark Bohan, Karl Lagerfeld, Jean Paul Gaultier and Christian Lacroix. Its name lives on in perfumes, notably JOY, launched in 1930 and still stocked by Harrods. harrods.com/brand/jean-patou

Adapted from The Wedding Dress: The 50 Designs That Changed The Course of Bridal Fashion by Eleanor Thompson (Prestel, 2014). 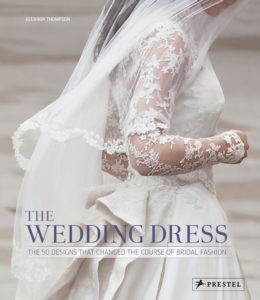 Read about the history of the white wedding dress