A former Broadway actress who suffered a career-threatening injury has brought a new-style barre to London, and at DEFINE.London there is a focus on both fitness and fun

When New York dancer and actor Ashley Verma injured herself doing a jump split, it threatened her career, but ultimately led on to a new one. Now she’s brought her barre-based techniques to the UK. DEFINE.London’s Fitzrovia-based studio in Great Portland Street aims to pass on the knowledge she gained while rehabilitating from the jump that almost ended her 16-year Broadway career.

While it’s based on barre, Ashley believes she’s added something extra to the mix that is perfect for brides, or indeed anyone who wants to improve their wellbeing, fitness and flexibility. And she says fun is core to the classes. “Merging fitness concepts is the way forward. Clients are simply getting bored at the gym.”

The classes teach many of the core moves that kept her in peak fitness for her former career, but not in a way that will intimidate anyone who isn’t a natural on the dance floor. She’s taken out all the terminology that scares anyone who never got past Grade I ballet. Ashley says: “I have merged the strength, fluidity, and endurance of ballet and other dance genres to create well thought out concept classes”.

Each 50-minute session is designed as a full-body workout incorporating a combination of postures that are led by the music. No two workouts are the same and the team vary the choreography each time to keep things interesting. They are designed for all fitness levels, and both men and women are welcome. Crucially for anyone who has suffered because of the pace – and after-effects – of workout classes, there’s a strong focus on stretching alongside cardio. This means that if you are combining this with other activities such as running or team sport – or simply taking the stairs rather than the lift – you should be good to go the next day without aching muscles.

“There’s focus on stretching alongside cardio, so you should be good to go the next day without aching muscles”

Ashley believes one reason barre is finding so many fans is that it offers the kind of strength training that can be shoehorned into even the busiest lifestyle. She adds that you can even bring the barre studio into your home. “Use a chair or find a mid-level shelf which will have the exact same effect as the real thing. Stick to the same basic routine starting out. You’re new, so allow yourself to get used to a routine before you add more. Great results can be made by repeating the same workout but increasing the intensity and duration.”

DEFINE.London classes are great for kickstarting your metabolism and building strength and lean muscle tone. Even better, they pass on stretches and simple routines that can be incorporated into down time to help with fitness and wellbeing goals – and that has got to be good news for busy brides.

DEFINE.London is at 82 Great Portland St, W1. Register for classes at define.london

Keep your wedding cool with Triyoga 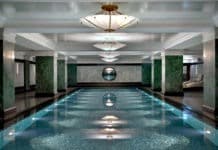 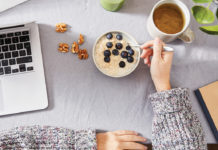 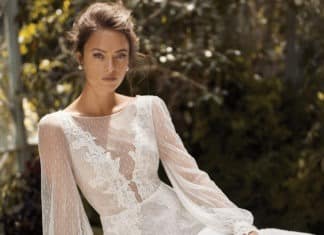 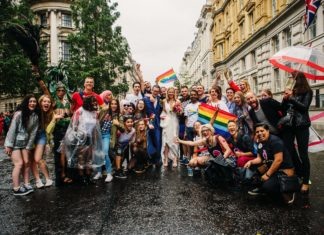 Such a perfect day: Laura and Pete 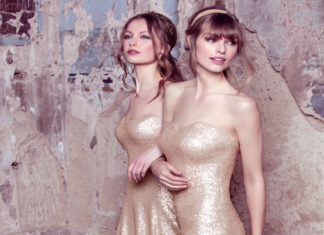 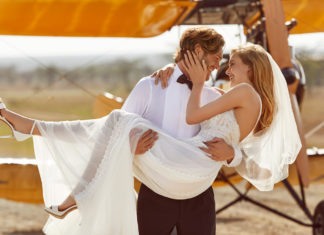