A wedding is always a very personal affair, and for Meagan and Alec it involved a Transatlantic journey to be alone, together, overlooking the rugged Irish west coast

There can be few things more romantic than an elopement, and for Meagan and Alec it was a very private and special affair, taking in rugged Irish scenery and the sound of the Atlantic waves. They had planned a trip that took in Finn Lough in Fermanagh and also the beautiful Donegal coast. They got in touch with Northern Ireland photographers Adam and Grace ahead of their summer elopement, asking them to be on hand for a very special photo shoot.

Before the photo shoot, Meagan and Alec had rowed out onto Lower Lough Erne to say their vows to one another – a private moment. From there, they headed to the coast to meet Adam and Grace. Their photographers take up the story.

Our first stop was St John’s Point. This remote little peninsula was the perfect place to explore, and even though Meagan and Alec were finely dressed, they were the most willing couple to adventure around the cracks and crags with. Then it was onwards and upwards to Slieve League. With the setting sun sinking into the Atlantic Ocean at an alarming rate, we managed a few more magical moments with Meagan and her beau. Lots of greenery and scenery abounding, the odd friendly sheep and even time to enjoy a tin of Guinness at the end – this couldn’t have been more quintessentially Irish. Meagan and Alec were so much fun, and such a willing couple. Here’s to their future together!

Adam and Grace are award-winning photographers based in the north of Ireland. For more about their work, visit adamandgracephoto.com

A Game of Thrones moment for Marcy and Jim 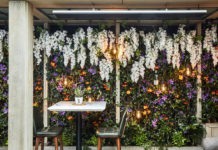 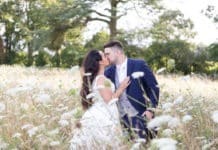 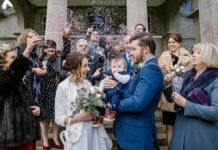